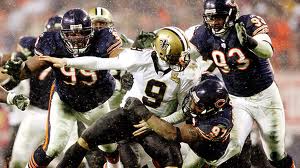 Last year’s AFC and NFC Conference Championship Games included the Baltimore Ravens going to New England in a rematch of the 2011 AFC title game, and the Atlanta Falcons hosting the San Francisco 49ers in the NFC Championship Game. The Ravens, Patriots and 49ers were each in the conference title game the previous year.

Here are a few stats that you may find interesting about previous conference championship games.
(Note: The following stats reflect the NFC and AFC Conference Championship games that have been played since the 1970 merger of the NFL and AFL… 43 years, a total of 86 games.)