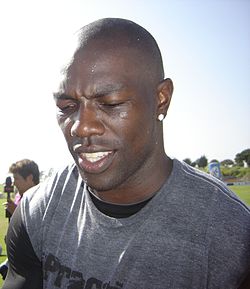 Did you know that of the 55 players who have 80 or more career NFL touchdowns that over 40% of them were not first round draft choices?

We can take this a step further and note that three players who scored 80 or more career TDs in the NFL were not even drafted. The three: Priest Holmes, who has 94 TDs, Antonio Gates, 87 TDs, and Joe Perry who had 84.

Here’s a look at the players with 80 or more career NFL TDs that were not first round draft choices. (Note: Don Hutson, who ranks 18th on the list with 103 touchdowns, played his career before the NFL draft was instituted. Cris Carter, who ranks 8th on the all-time list with 130 TDs, was selected in the 1987 supplemental draft.)