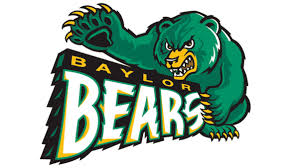 One of the more intriguing matchups for the round of 16 in the NCAA men’s basketball tourney is tomorrow night’s West Regional contest between #6 seed Baylor and #2 seed Wisconsin.

Baylor did not make the NCAA field last year. They did, however, end their 2012-13 season on a high note by winning five games in the NIT, beating Iowa for the 2013 NIT championship. They ended the season with a 23-14 record.

This year they made the NCAA field of 68 and have now advanced to the Sweet 16. They became only the ninth team in history to win the NIT one year and then advance to the NCAA Sweet 16 the following year. Here’s a look at those nine teams.

Of the nine teams above, only two – Virginia in 1980 and North Carolina in 1971 – won the NIT one season and advanced to the NCAA Final Four the following year. Could Baylor become the third team?

It’s also interesting to note that Baylor in 2009 was the runner-up in the NIT. The following year, they advanced to the Elite Eight in the NCAA tourney.