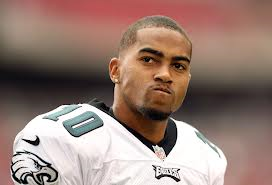 Over the past few weeks we had heard (and read) ad nauseam about DeSean Jackson. Should he have been released from the Eagles? Did he have gang ties? Was he a bad influence in the locker room? Did Eagles coach Chip Kelly “have” to get rid of him?

I’m not going to add to the chatter with my own opinion. I will, however, offer some facts about Jackson’s on-field performance. First, Jackson last year set career highs in pass receptions and receiving yardage. Some people will note that it was Kelly’s system that helped Jackson achieve these numbers. Fair statement. But Jackson did not have Kelly as his coach in his first five seasons in the league, and he had established himself as a legitimate big play threat in the NFL… maybe one of the best in the last six years!

That’s where I want to jump off in this discussion… big plays. Let’s focus on one stat: Big play touchdowns. Last season Jackson had five TDs of 30 yards or more, and in his six-year NFL career, he has had 28 TDs of 30+ yards of the 41 he has scored (regular season and playoff). Let’s extend the discussion, however. Let’s look at touchdown plays of 50 yards or more. Last year he had two. But if you go back to when he came into the league, in 2008, Jackson has scored 18 big play TDs (touchdowns of 50 yards or more). That is the most of any player in the league during that time.

So, we can score one for Jackson as the top big play TD threat in the NFL over the past six years. Looking back at the history of the NFL (since the merger of 1970), Jackson holds on spot as one of the top big play TD threats. Since 1970, Jerry Rice holds the number one spot with 38 TDs of 50 yards or more. Looking at the top 15 players on this list, there are two active players… Devin Hester, and, you guessed it, DeSean Jackson. Hester has 22, Jackson 18.

Here are the players with the most TDs of 50 yards of more since 1970.

DeSean Jackson has clearly put up some big numbers in his first six seasons in the NFL. Will that success continue in Washington, his new NFL home? Time will tell. But based on past stats, Jackson’s on-field performance cannot be denied. If he can put these off-field distractions to the back page (or even off the chatterbox), we may be talking again next year (and beyond) about the Eagles decision to release him. It’s now up to Jackson to let the past numbers do his talking with another big year in 2014.