Packers Numbers Notebook: Stats from their win over the Vikings

Here’s a look at some of the numbers that helped define the Packers 42-10 win over the Vikings last Thursday.

4. Green Bay forced the Vikings into three turnovers in the contest. The Packers had lost three straight when they had three or more takeaways. Since the 2009 season the Packers are 27-3 in games where they have three-plus takeaways.

5. This was the eighth game since 1966 where the Packers had a lead of 28 points or more at halftime. They are undefeated in those games.

6. Dom Capers’ defense had six sacks against Minnesota. It was the 40th time since the beginning of the Super Bowl era (1966) that they had six or more sacks in a game. They are 38-1-1 in such games.

10. This game was the 46th time since 1966 that the Packers held their opponents scoreless through three quarters. They have a 40-6 record in such games. The Pack was unable to keep the Vikings off the board in the fourth quarter; Green Bay’s last shutout was October 31, 2010 when they blanked the Jets, 9-0.

When 8 runs is not enough in the MLB playoffs 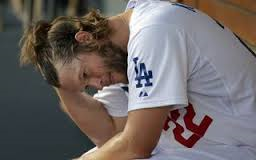 During the just-completed 2014 MLB regular season, there were 588 times when a team scored eight or more runs in a game. Teams won 559 of those times and lost 29, a winning percentage of just over 95 percent.

The Oakland A’s had a 7-3 lead in the bottom of the eighth of their A.L. Wild Card game against the Kansas City Royals. The Royals came back in that game and won 9-8 in the 12th inning. Just three days later, the L.A. Dodgers scored nine runs in their N.L. Divisional Series first game loss to the St. Louis Cardinals. It was only the third time in MLB history that two teams that scored eight or more runs lost a playoff game in the same post-season (also 2004 and 1999).

From 1903 through the first few playoff games of this season, there have been 330 times when a team scored eight or more runs in a post-season game. Those teams won 312 and lost 18, a .945 winning percentage. Of those 18 losses, nine of them occurred in the World Series.

Following are the eight times when a team scored nine or more runs in a playoff game and lost.