‘SIX STATS’ you might not know about… Anthony Mason 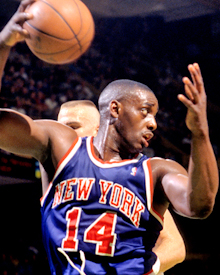 One of the NBA’s most under-rated players passed away on February 28, Anthony Mason. An all-star in 2001, Mason spent 13 years in the league with six different teams. He was 48.

A third-round draft choice out of Tennessee State, he is probably best known for his five years as a New York Knick.

Following are a few stats you may not know about Mason.

3. Mason was presented the NBA’s Sixth Man Award after the 1994-95 season. The following year he led the NBA in minutes played with 3,457 as a member of the New York Knicks. He started all 82 games that year for the Knicks.