Giannis Antetokounmpo: Making a name for himself with these stats

Sixteen games does not a season make, but if the Bucks’ Giannis Antetokounmpo continues with his play that has highlighted the start of the 2016-17 season, he could be well on his way to getting people to forget he’s that player with the difficult name and instead, he’ll be known as one of the young superstars in the NBA.

“The Greek Freak” on Tuesday, Nov. 29 played 34 minutes and scored 34 points with 12 rebounds, five assists, five steals and two blocked shots against the World Champion Cleveland Cavaliers in the Bucks 118-101 win. While many NBA fans and pundits are drooling over the outlandish numbers Russell Westbrook has been putting up for the Oklahoma City Thunder (30.9 points per game, 10.3 rebounds per game, and 11.3 assists per game), Antetokounmpo has been not-so-quietly putting up numbers that are pretty rare in NBA circles. In fact, if he stays on pace, he could produce one of the most incredible statistical seasons in league history.

After 16 games this season, G.A. is averaging 22.8 points, 8.6 rebounds, 5.9 assists, 2.1 steals and 2.1 blocked shots per game. He is one of only three players who currently are averaging 22 points, eight rebounds and five assists per game (the others are the aforementioned Westbrook and LeBron James). There have been 36 times in league history that a player went 22-8-5 in those categories.

While that stat is impressive, if you add in two defensive stats to the three offensive stats we noted (points, rebounds and assists) you’ll see G.A. is taking his game to another level.

Consider this: There have been only three players in NBA history to average 22 points, eight rebounds, five assists and two steals per game in a season… Scottie Pippen (1993-94), Michael Jordan (1988-89) and Larry Bird (1985-86). G.A. would become the fourth member of this group if he maintains his stats.

But wait, there’s more. Add in two blocked shots per game. No player has ever averaged 22 points, eight rebounds, five assists, two steals and two blocked shots in an NBA season. Those are numbers that G.A. is carrying 16 games into this season.

Can “The Greek Freak” maintain these numbers? That’s the key question. If he does, he is setting himself up for a season that will go unmatched in league history.

To say that the three-point shot has become an important part of the NBA would be a severe understatement. The Houston Rockets recently took it to the next level in their November 25 win over Sacramento.

It was the second time in less than two weeks that the Rockets as a team had attempted 45 or more threes in a game (they also did it on November 12, attempting 47 threes) in a loss to San Antonio.

Since the three-pointer became a staple in the NBA, there have now been 19 times when a team attempted 45 or more threes in a game. It’s interesting to note that two teams have each done it five times and account for half of the 19 games; the Rockets and Golden State Warriors have each had five games where they attempted 45 or more threes in a game.

The first such game was in the 1995-96 season when the Dallas Mavericks attempted 49 threes in a game. The Mavs are the only other team that has attempted 45 or more threes in a game multiple times (they have done it twice). Seven teams have done it once in their history: Boston, L.A. Clippers, L.A. Lakers, New York Knicks, Philadelphia, Phoenix and Utah. The Mavs have also found themselves on the other end of this stat… teams have attempted 45 or more threes against them three times, tied with the Memphis Grizzlies for most.

Here’s a look at a few more stats on teams that have attempted 45 or more threes in an NBA game:

One final note: Since the Rockets and Warriors are two of the teams that seem to be leading this three-point frenzy, you would think their games would feature a boatload of threes. Last season in three games the two teams combined for 49, 53 and 67 threes. That last contest on February 9, 2016, saw Golden State attempt 34 threes and the Rockets try 33. The two teams face off for the first time this season this coming Thursday, December 1. Be sure to check the box scores the next morning.

Here are some of the numbers that helped define the Packers 27-13 win over the Philadelphia Eagles on November 28.

Inside the Numbers: Saves in Game 7 of the World Series 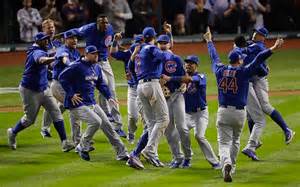 When the Chicago Cubs acquired Aroldis Chapman from the Yankees in late July this past baseball season, experts saw that move as the last acquisition that would make the Cubs the prohibitive favorite as the 2016 season was pushing to a close. Pundits saw Chapman as the shutdown closer the Cubs needed and a pitcher who could give the Cubs a save whenever they would need one for the rest of the season, and more importantly, saves in the post-season.

For the most part, Chapman fulfilled that promise. However, with a 6-3 lead in the bottom of the eighth inning in the seventh game of the World Series, the unexpected happened: Chapman blew the save. Fortunately for the Cubs, they were able to regroup and win Game 7 and the World Series in extra innings. The line score for that game, however, showed Chapman as the winning pitcher and Mike Montgomery with the save for the Cubs.

Let’s look at some of the interesting stats/numbers from that Game 7 save:

When was the last season your NFL team had a four-game losing streak?

With their loss to the Washington Redskins last Sunday, 42-24, the Green Bay Packers have now lost four games in a row this season, the first time that has happened since they lost five straight in 2008.

The New England Patriots have the longest time since a four-game losing streak in the NFL. The last time the Pats lost four straight was in 2002, almost 14 seasons ago. The second longest stretch now belongs to the Seattle Seahawks. They last lost four straight in 2009 when they ended the season with four consecutive defeats.

Here’s a look at the last season each NFL team lost four straight in a season.