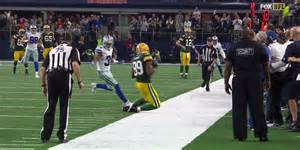 Here are some of the numbers that helped define the Packers 34-31 playoff win over the Dallas Cowboys on January 15. (All stats are playoff stats unless otherwise noted.)