Former Philadelphia Phillies’ catcher Darren Daulton passed away this past weekend at the age of 55 from brain cancer. In my mind, Daulton was one of the most underrated catchers of his era. He was a hard-nosed backstop who, although he didn’t hit for a high average (his career batting average was .245), he was an important run-producer for those Phillies’ teams of the 1980’s and 1990’s.

Following are a handful of stats you may not have known about Daulton, who was a three-time All-Star. 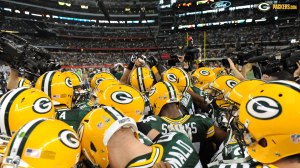 Did you know that the last season the Packers finished in last place in their division was in 2005, more than a decade ago? Pretty impressive! But did you know there are two franchises that have not finished last in their division in this century? If you guessed one of those teams was the New England Patriots, you would be wrong.

Following are the seasons in which each NFL franchise last finished in last place in their division.