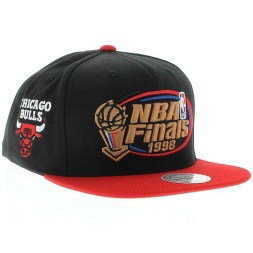 This year’s NBA champion will be a team that has not won a title this century.

Of the eight teams remaining in this year’s playoffs, the Chicago Bulls last won a title in 1998, the most recent championship of any of the eight teams. In fact, three of the eight (Atlanta, L.A. Clippers and Memphis) have never won a title, and two franchises, Golden State and Washington, last won titles prior to 1980.

Since 2000, the NBA has had six champions: Boston, Dallas, Detroit, L.A. Lakers, Miami and San Antonio. The Lakers, Spurs and Heat have won 12 of those 15 titles since 2000, with the Celtics, Mavs and Pistons each winning one apiece. Those six champions are the fewest of the four major sports; MLB has had nine different franchises win a World Series since 2000, both the NHL and NFL have had 10 different teams win a title since the start of the century.

4. The Chicago Bulls won the Central Division by 25 games over the Indiana Pacers. It was the third time in four years that a team has won a divisional title by 25 games. The other two: Cleveland in 2008-09 and Boston in 2007-08.

5. Paul Pierce became the 37th player in league history to score 20,000 points. He became the third Boston Celtics player (John Havlicek and Larry Bird) to score all of his 20,000+ points with the Celtics.