All four NFC North teams above .500 after three games

The Packers top the division with a 3-0 record; the Lions are undefeated, but have a tie game on their 2-0-1 record, and the Bears and Vikings are “bringing” up the rear with very respectable 2-1 records.

Yes, we are only three weeks into the season, I know. But it got me thinking about whether or not there has been a season where all four teams in a division ended the year with records above .500.

Back in 2002, the NFL went to the current set-up with four four-team divisions in each conference. Since that year, there has not been any division where all four teams were above .500 at the conclusion of the season. There has been, however, six times when all four teams ended the season at .500 or better. The last time it happened was in 2008 when both the NFC East and the NFC South had all four of the teams in their division end the year with an 8-8 record or better.

Here is a look at the six times all four teams in a division ended the season at .500 or better.

Will the NFC North join this list? Or, could the NFC North become the first division in league history to have each team above .500 at the end of the year?

Packers hoping history is a good omen in 2016 season finale 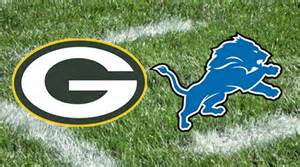 It seems appropriate that the final game of the 2016 NFL regular season should come down to a game between the Green Bay Packers and Detroit Lions. The winner of this game will win the NFC North and secure a home game for the first round of the playoffs. The Lions are looking for their first divisional since 1993 while the Packers are hoping to regain their hold on the NFC North crown that they lost last year to the Vikings.

Last week I wrote about the fact that the Packers have been one of the best teams in the league since 2009 when it comes to games played later in the season. The Pack is 33-13-1 (.713 winning percentage) in Games #11-#16 of the season since ’09. Well, let’s take that stat one step further…

So, Green Bay fans are hoping that this analytic will spur their team to victory over the Lions. One advantage for the Lions is that they are the home team in this game. In another bit of “good news” for the Pack, they have an 8-4 record (.667 winning percentage) since 1991 in season finales that were played on the road. That is the second-best record in this category behind the Carolina Panthers who are 10-4 (.714).

Following are the winning percentages of each team in the final games of the season since 1991 (the last 25 seasons).

An omen for a Packers victory vs. the Lions? 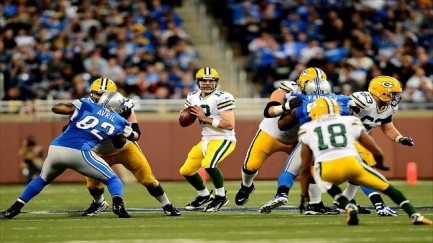 If you are a Packers fan, you are probably looking for that one stat or fact that will give you hope that a Green Bay win is in the bag for Sunday. Well, here is one stat that may fit that bill…

To add to the above stat, can you guess which NFL team is tied for last on this list with a 7-16 record (a .304 winning percentage)? You guessed it, the Packers opponent on Sunday, the Detroit Lions.

Detroit Lions returner Jeremy Ross had a pair of TDs last weekend as he returned a punt 58 yards for a TD in the third quarter and then returned a kick-off 98 yards in the fourth quarter in the Lions’ 34-20 loss to the Philadelphia Eagles.

Here’s a quick rundown of the 14 players who had both a punt and kick-off return for TD in a game.