All-Star Game points by each NBA team since 2005 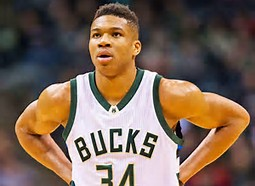 In that 2004 game, Redd tallied 13 points. Since that game in ’04, Bucks players have not scored a point in the All-Star Game. During that same timeframe, two teams, Miami and Oklahoma City, had players who scored over 300 points in the game. The Heat led the way with 368 points, while OKC/Seattle franchise players during that time had 337 points.

Following are the number of points scored by players from each NBA franchise in the NBA All-Star Game from 2005 to 2016 (current franchise city is listed).