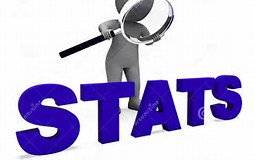 The last four winners of this event were first-time winners: Henrik Stenson, Zach Johnson, Rory McIlroy and Phil Mickelson. Ernie Els was the last multiple-time winner; he won his second title in 2012 after winning the event in 2002.

There have been four golfers who have been a runner-up twice at The Open since 2000: Mickelson, Sergio Garcia, Els and Thomas Bjorn. The last runner-up of the event to then win the title was last year when Stenson won. He was the runner-up in 2013.