Which NFL team has the most ’30-something’ TDs this season?

Most people would agree that the NFL is a young man’s league. Save for a few quarterbacks who are in their 30’s having nice seasons (tongue planted firmly in cheek), the league depends on younger, faster, stronger players each year.

There have been 61 players in their 30’s that have scored one or more touchdowns for their team this season. Leading the TD race for the 30-something crowd is San Diego Chargers tight end Antonio Gates. The 34-year-old has tallied nine TDs for the Chargers, tops in the league for players 30 or older. Just one TD behind Gates is 30-year-old receiver Brandon Marshall with eight TDs for the Chicago Bears. Philadelphia all-purpose threat Darren Sproles, age 31, has seven TDs, five via rushing and two by punt returns.

Leading the 30-something TDs by team are the Atlanta Falcons. They have 14 TDs so far this season scored by 30-something players, five each by running back Steven Jackson and receiver Roddy White, three by Devin Hester, and one by Harry Douglas.

Here’s a look at how many TDs have been scored this season by teams with players who are 30 years of age or older.

Winning an NFL game with 14 or fewer points 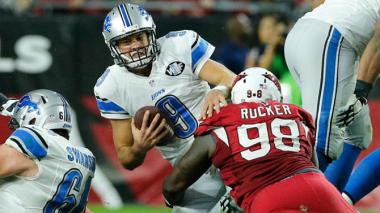 In today’s high-scoring, pass-on-every-down version of the NFL, it’s rare to have a game where teams score less than 15 points. Sure, there might be a game where one team scores less than 15, but to have both teams fail to reach 15 points in a game is rare.

This past weekend two such games were played. Arizona defeated the Lions 14-6 in one contest, while the San Diego Chargers only needed 13 points to beat the Raiders, 13-6. It was the first week since Week #2 last year where two games were won by teams that scored less than 15 points. This season there has been four games where both teams scored under 15 points.

For the Cardinals, they won a low-scoring contest last year when they beat Tampa Bay 13-10. San Diego, however, hadn’t won a game with fewer than 15 points in a game since 2007 when they won 14-3 over the Bears.

This coming weekend four games highlight the first round of the 2013 NFL playoffs. Here’s a snapshot of the four games and some numbers from the previous head-to-head matchups between the teams.

New Orleans @ Philadelphia
All-time series: Philadelphia leads the series 16-12.
Last meeting: The Saints defeated the Eagles 28-13 on November 5, 2012.
All-time playoff series: The teams have each won one playoff games in the series.
Last playoff meeting: The Saints won 27-24 in a 2006 NFC Divisional game.
Noteworthy: New Orleans has won the last two and four of the last five against the Eagles… The Eagles have won three of the last four home games against the Saints… The Saints have scored 23 or more points in five straight games against Philadelphia.

SUNDAY
San Diego @ Cincinnati
All-time series: San Diego leads the series 19-14.
Last meeting: The Bengals defeated the Chargers 17-10 on December 1, 2013.
All-time playoff series: The Bengals won the only playoff game played between the teams.
Last playoff meeting: The Bengals won 27-7 in the 1981 AFC Championship Game.
Noteworthy: Cincinnati has won the last three games in the series… The Chargers have won three of the last four games played in Cincinnati… Five of the last six games in the series were decided by eight points or less.